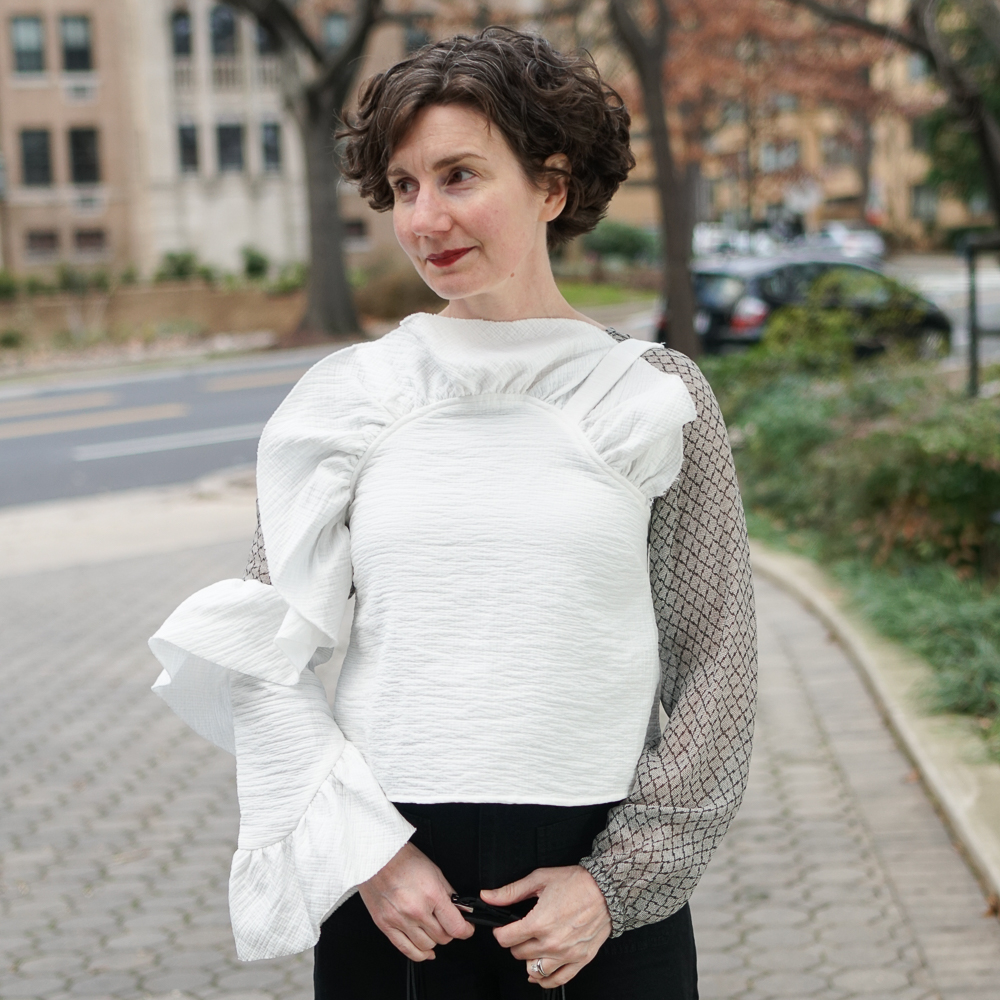 The Photographer was asked to take pictures — to be the photographer — at a friend’s wedding.

Very exciting to be a quasi-professional, invited to take photos of someone other than his spouse!

I volunteered to be The Photographer’s Assistant. My jobs were to: carry equipment; stand for test photos in various lighting schemes; help organize family members and the wedding party for formal photos, and; make sure that we captured each of the key moments or subject groupings on a list thoughtfully compiled in advance by the bride and groom.


The Photographer and I checked and organized all of the equipment well in advance: step ladder, light stands, umbrella, off-camera flash, Swiss Army knife, camera, 2 lenses, diffuser, batteries for camera and flash.

I took one of the cameras to District Camera on my lunch-hour so that they could untwist an unruly filter from one of his lenses.

Hot Tip: They did this using a rubber band to provide just enough grip on the rim of the filter. So clever!

We also reviewed the list of key shots carefully. I made a study of royal family photographs to see how the Windsors arrange themselves for large wedding photos.

Note: The key to large group photos is that a few people must sit in chairs. Children can sit on the floor.


The one thing that we didn’t discuss was: WhaT tO WEar.

I assumed that we were working the wedding, i.e., staff. So I wore a white top and black pants.

I should have probed more deeply. It turns out that we were guests.

Oh no. I wore enormous, black penny loafers to a wedding.

Had I realized that we were attending in dual-capacities, I would have worn fancier pants and shoes.*

But the white top was a conscious and deliberate choice. I figured The Photographer and The Second Photographer (another friend of the groom) would appreciate a model wearing white to help them adjust the white balance and flash on their camera settings. I walked down the aisle — very ceremoniously, before the guests arrived and without music — more than a half-dozen times.

I think I was a convincing bride. I know I was a useful Photographer’s Assistant.

While helping the two photographers, I eyeballed the seating and realized that the chairs on one side of the aisle had been set too close together. So I directed the staff to re-space the rows and then helped them do it when they seemed to be struggling to re-envision the floor-plan.

One the one hand, I felt a little bossy. But on the other . . . spatial relations and executive planning are two of my strengths.** Imagine the scene if 100 guests started filing in, tried to sit, and realized that there wasn’t enough legroom for them to drop into a seated position. Think of a full flight and all of the passengers in window seats getting up at the same time to go to the bathroom.

I think I was pretty convincing as a Wedding Coordinator. Bossy, but nice.
It was a beautiful service and reception, with the most delicious food from Eco Catering.

One thing to know about this white top: that flamboyant flamenco sleeve was made to wipe plates clean.


This top is actually two tops: a cotton apron-tank over a long-sleeved silk blouse. I saw the apron-tank in ShopBop’s year-end sale and realized it was a very workable substitute for a prohibitively expensive backless tank by Cecelie Bahsen. I’d never wear it without something underneath, but I knew it could be made appropriate! In the summer, I may wear it over a sleeveless, ribbed tank top.

* It was O.K., I think because: (1) the wedding was at 10:00 a.m.; (2) the bride is an architect and the groom is a talented amateur photographer, so the creative professions were well-represented among their guests. It was a hip crowd, not a stuffy crowd.

** That’s why I am so good at picture-hanging and packing for trips.

6 thoughts on “Here Comes the Bride?”