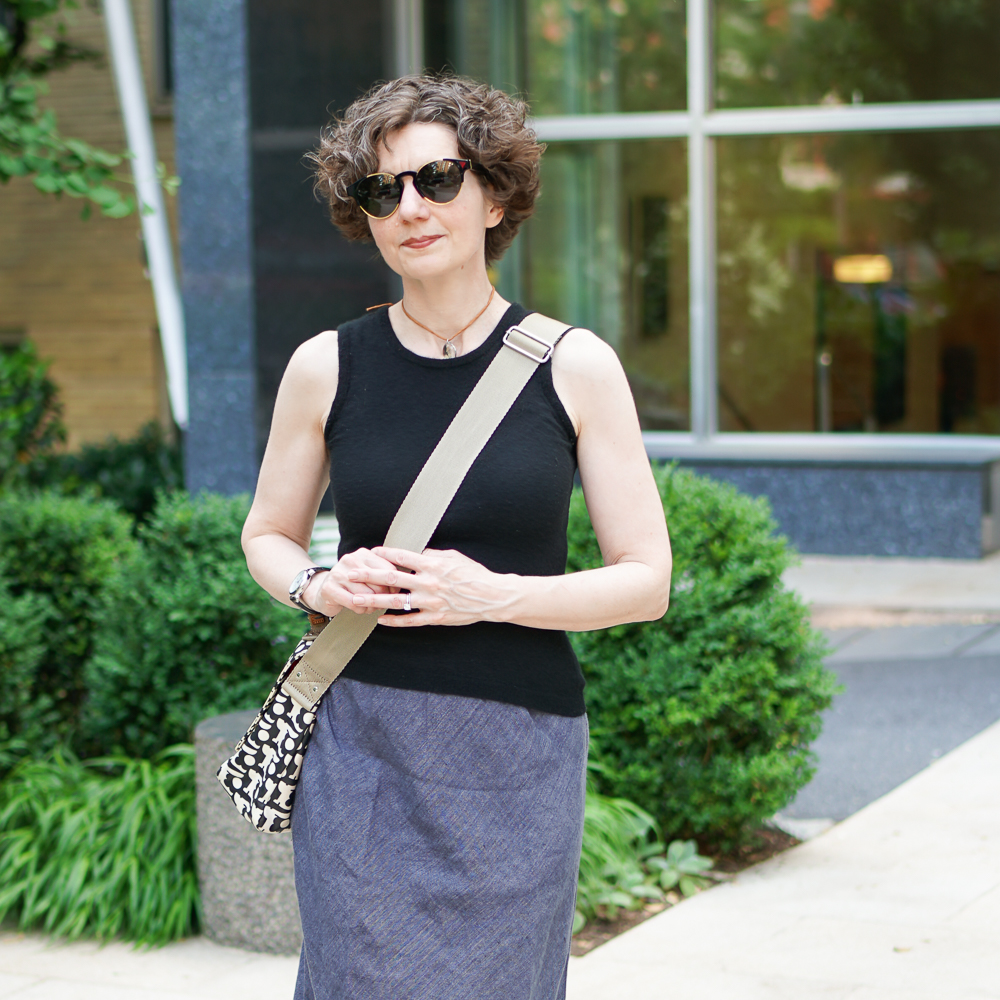 As summer winds down and I look at my list of planned posts, I find that I have eleven posts still in various states of production. I must shake a leg and get these finished. Double-time!

Such an accomplishment. I think I will be buried (or, cremated) in this dress.

To rev it up this summer, I’ve paired it with the Woolly Mammoth Sandals and a double wrap belt.


For those who have forgotten the legend of the Twenty Year Old Dress, I bought it at Banana Republic when I was a summer associate.

Applause for the quality of the clothes that Banana Republic was making in 1997.

In the intervening years, it’s had some summers of rest (due to weight fluctuations) and I had Fatima take in the bodice — to tighten the armscyes and shape the bust — a few years ago.

And let’s also applaud Pere Directrice, who told me that summer that it was O.K. to spend some of my summer earnings on work-appropriate clothes. He was probably thinking one dress and one suit would suffice, and did not realize that what I heard was closer to, “Bombs away!”


But wait! There’s more of these old clothes coming.

From deep inside Ward Robe, an old Eileen Fisher bias-cut linen skirt and an ultra-light cashmere shell from JCrew — standbys for many, many years.


With use and age, this skirt is not as fresh and crisp as it was when I bought it in 2005, so it is now for Casual Fridays and weekends.

But remember: In the month of August every day is Casual Friday.


This charming pendant was made by our own Missannethrope.

The intrepid flapper has seen a lot of D.C. this summer.


And as summer comes to a close, we must thank my Skecher sport sandals which were most unsuitably worn to work every week . . . and not on Casual Friday. They went on sale in late July and I bought two pairs to tuck away for Summer 2020 and Summer 2021.

10 thoughts on “These Old Black and Blue Clothes”