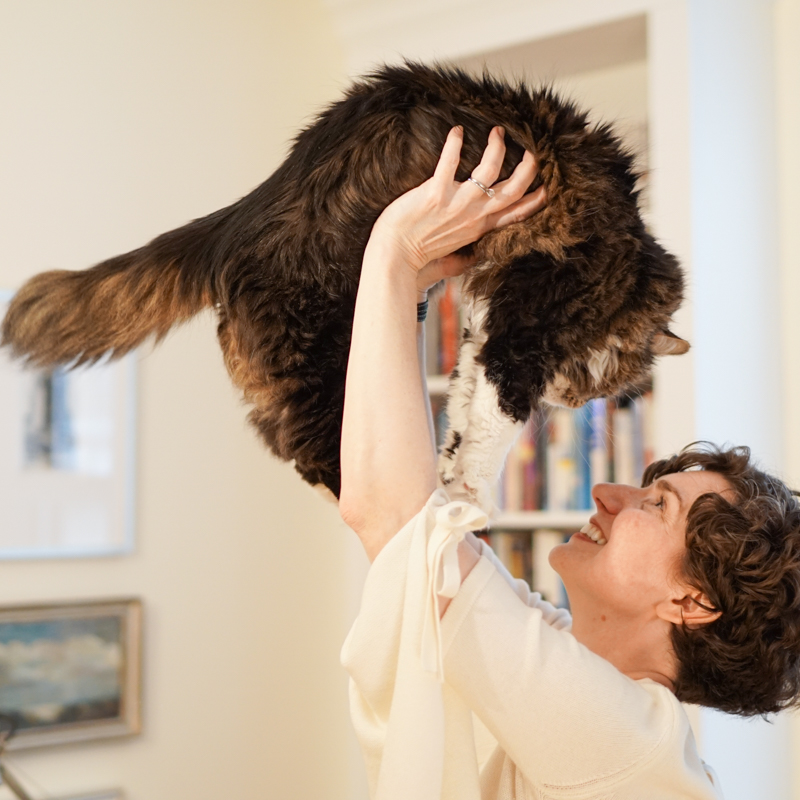 Though I am not a religious person, I am a bit of a fatalist, which causes me to believe that there is purpose behind seemingly inexplicable things which will be revealed to me at the right time.

For instance, I have occasionally wondered why I launched this blog.

And now I know: I’ve spent four years building this blog to be a platform for celebrating the greatness of the life and death of my beloved cat, Harper. She deserves to be celebrated and mourned by the whole world, but because she never left the house, she didn’t meet many people. And thus, it falls to me to spread the word.

When I was a junior associate at my firm, a friend’s cat had kittens and he offered me the pick of the litter. Though I was working very hard and trying to maintain an active social life, I’d wanted a cat since I was child and could not decline, even though I had misgivings about taking on this responsibility. Harper came to live with me in September 2001. We moved twice and added a number of creatures to the household over the years: Posy (2004), The Photographer (2010) and his beloved cat Elvis (who died at age 18 in 2012), and then Mr. Orange (2017).

Harper was diagnosed with diabetes in 2009 and the disease was successfully managed with insulin shots, a special diet, and regular blood testing for 9 years with minimal impact on her kidneys. Unfortunately, her kidney function began to decline last fall; the decline was steady and seemed to accelerate in late February, when it became apparent that not only was she never going to get better, but that she was moving into a disease state in which she would be increasingly uncomfortable. We made arrangements to have a veterinarian come to our house to euthanize her in March. Had she lived until June, she would have been 17.


1. Every weekday she would move to the foyer c. 6:30 p.m. to wait for me to come home, even though I usually walked through the door at 7:30. She liked to greet me at the door.

2. She slept curled up next to me most nights.


3. She was very naughty as a kitten (and occasionally aggressive) and slowly mellowed into the sweetest creature. I really believe that she was at her best between the ages of 9 and 17. I strongly encourage anyone thinking about adopting a cat to pick a middle-aged or even old one.
4. She was an exceptionally beautiful cat, but had the most ungainly gait; she walked like two men wearing a horse costume.


5. She loved plumbers, electricians, and appliance repairmen. Anyone with a toolbox.

7. She went through a period where she would sit in the front hall late at night and lament over a piece of string that The Photographer would use to play with her. I honestly think that she was trying to bring it to life. So Sorcerer’s Apprentice.

8. She received, with passive resignation, all of my anthropomorphic projections: Harper the Just; Harper the Wise; Harper the Benevolent.


One final thing: She damaged almost every piece of furniture in the house but I would give anything to have her back and re-play the whole thing from Day 1.

30 thoughts on “There Will Never Be Another You”