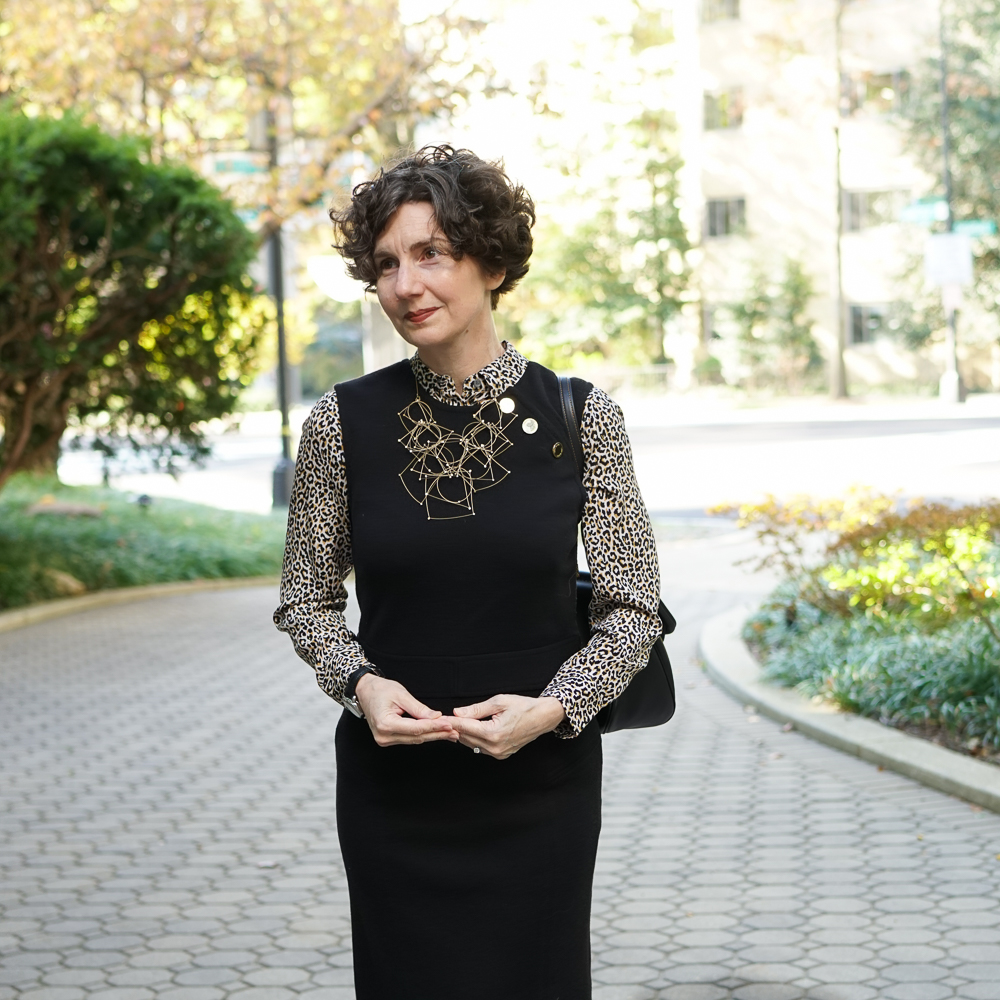 All good things must come to an end!


After almost three weeks of travel it was time to come home. We were, in fact, very ready to come home and were disappointed when our flight was delayed a day. After a little fencing with customer service, The Photographer was told that the pilot of the inbound flight was forced to divert to Lima, Peru to discharge a drunk and disruptive passenger. Oh no. As disappointed as we were, we felt worse for the passengers on that inbound flight.*

I have a few more Argentina posts to publish, but will roll them out as “bonus” material in the coming weeks.** Now, however, I feel that it is time to return to the important business of business casual!

In late October, I set a challenge for myself: to wear jewelry every day. Monday-Thursday, only.

I’ve been doing pretty well at that. And I have been very pleased to see how effectively a bit of jewelry can change the look of an old dress, as seen here.

You may remember this brilliant dress from 2015. It’s a heavy merino wool knit with a set waistband and I bought it in two colors: black and navy. The original length of the dress was a little short, but had some allowance in the hem, so I had Fatima let down the hem as far as possible. It just covers my knees, which is the best length for me.

Knowing that this springing, dangling, necklace would both command and deserve attention — I wore the black version of the dress to streamline the number of competing elements in this outfit.


This beautiful necklace was made by Megan Patrice Riley, who I met at the Smithsonian Craft2Wear show. She has her own website, sells her jewelry through Artful Home, and appears in juried craft shows, galleries, and boutiques around the country.
This necklace and other works by MPR are made of precious and semi-precious metallic wire, worked into geometric shapes that are then linked into kinetic, mobile designs. The wire is very light, so the pieces are essentially weightless. The closure is a pair of tiny magnets, which is discreet and easy to manage. Best of all, this necklace fits into a flat pouch that is only 4″ by 5.5″ — but springs into action as soon as it is released from the packaging, which is wonderful for storage and travel. The design is both beautiful and practical.

Visit MPR’s website and see for yourself — and contact her with questions and requests. She can customize pieces, make adjustments, and provide extenders to create maximum versatility for her pieces. And she is a lively, warm person whose enthusiasm for her work will delight you.

* In searching Twitter for passenger accounts of what, exactly, went down, we found reports of numerous diverted planes. In October, an American Airlines flight from London to Philadelphia was diverted to Dublin shortly after take-off because two of the flight attendants on board passed out. Can you imagine being on a flight and seeing/hearing two flight attendants collapse?

** I have to show you Tierra del Fuego plus The Directrice’s last 24 hours in B.A., which included a visit (arranged by Luján, the hotel manager, as a surprise for me) to the atelier of an Argentinean designer!

9 thoughts on “Back to Business”