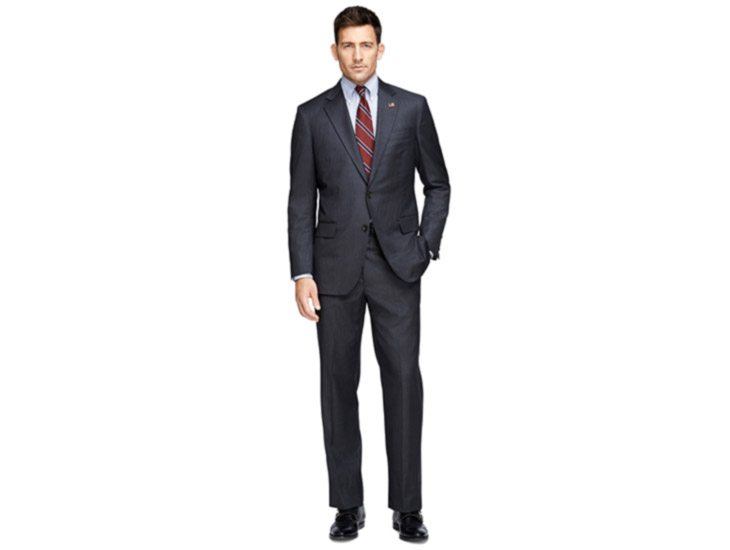 When I was a young associate at my firm, one of the partners asked me to participate in a panel at a professional conference that is always heavily attended.  He asked me because, in his words, “You’ll add diversity.  The conference sponsors care about that.”  Oddly touched and weirdly motivated by this invitation to play a token role, I agreed to write a paper on a narrow legal doctrine so that I could then present my wisdom as a panelist equal to the subject matter experts who would be speaking.

I barely glanced at the conference materials before I packed my bag with light, colorful summer clothes [SPOILER: A Mistake] — which seemed appropriate to me, since it was August and I was headed to the shores of Lake Ontario.  After checking-in to my hotel, I finally looked at the guidance for conference speakers and noticed that the recommended dress was not casual, not business casual, but “Business Attire” — and I said to myself, “That can’t be right.” [SPOILER: Also a Mistake]

Thusly reassured, I appeared the next morning and took my seat on the panel wearing, from top to bottom: a white field jacket that looked like it had been stored overnight in a Mason jar;  a white t-shirt;  an orange and white floral print (large-scale) skirt; and black sandals. The other panelists were wearing nearly identical dark suits, white shirts, ties and wing-tips.

As I sat, waiting for my turn to speak, I felt pretty conspicuous. Did the audience think it was Take Our Daughters to Work Day? That a tipsy guest had wandered in from the pool and the moderator had decided it was less disruptive to let her rest on the dais than to escort her out? I have no memory of what I said, but I don’t think anyone was listening to me. I later learned that the panel was filmed and sold as a CLE program; it’s still being sold today.

So here’s the lesson: If you are appropriately dressed, you need never feel self-conscious about your appearance. The time and energy that you don’t expend fretting about whether you are over-dressed or under-dressed, can be directed toward something that really matters to you – like impressing an audience, meeting new people, or simply enjoying a moment.

2 thoughts on “The Case for Being Properly Dressed”