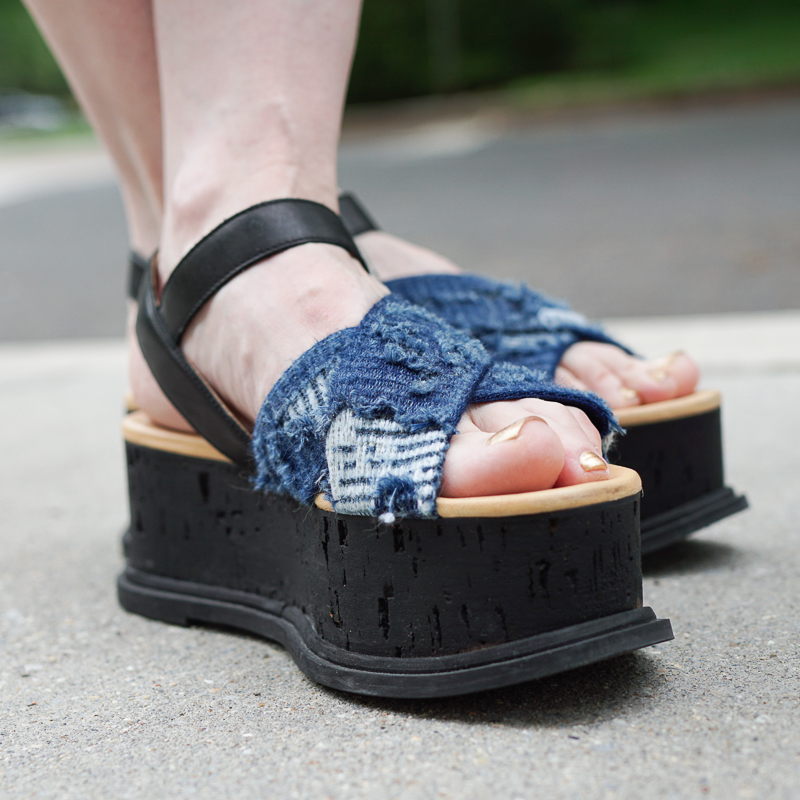 It was really hot last week. Or, it felt really hot to me when the temperatures rose to the mid 80s after a long, cold spring.


I really struggle with the first few days of summer heat.


I responded by putting on an outfit that is way too summery for early June . . . but I only wore it for these photos.

You haven’t seen this eyelet skirt before, though.

I thought that the eyelet skirt would look cute with this white tone-on-tone blouse — which you have seen before.

I considered a bracelet made of cool, white moonstone beads, but then thought that perhaps a little color was needed.

Blue and white are always fresh in the summer.


As I turn into profile, are you gasping? With delight? In horror?

Do you remember these sandals? They’re so emphatic.


Did any of you actually see The Revenant? It would have been difficult, if not impossible, to keep this white outfit spotless through the events that transpired in the film. Indeed, this outfit probably would not have survived the making of The Revenant from the vantage of a producer’s chair. The year that the film was released, I must have seen the preview three or four times and each time, it filled me with wonder as I asked myself, Who would want to see this movie? Why did anyone want to make this movie?? It combined so many things that I don’t like: dirt under fingernails, a charging bear, being buried alive. But the line, “He was buried right” still elicits an involuntary response from me: I don’t think so.

8 thoughts on “Woman in White: The Revenant”